I recently had an opportunity to try out Leatherman’s removable hex bit driver. A friend of mine who works in the cable TV business had bought the adapter kit a few weeks ago. He encounters a variety of Torx and hex fasteners in his job, and figured this would be the best way to adapt his Leatherman Blast to the task. 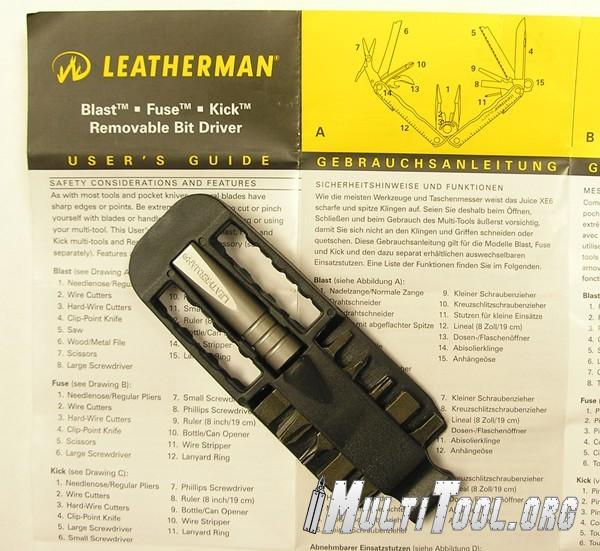 Along with the Driver itself, you get five of Leatherman’s proprietary flattened hex bits and a molded plastic carrier. Also included in the kit is a ballistic nylon sheath, the kind with the elastic side panels that accommodate a wide variety of different width multi tools. More on the sheath later.

Empty spaces exist on the carrier for two more additional flattened bits. (At this time though, I do not know if individual bits are available from Leatherman?) 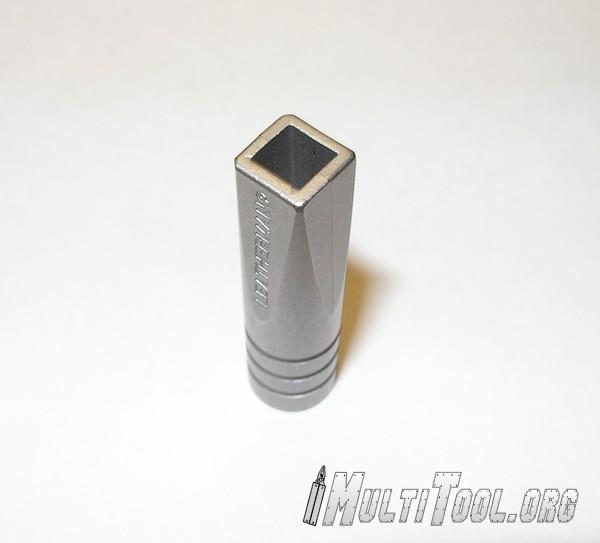 The Bit Driver is a cast steel affair, with a square hole on one end, and a standard 1/4” hex drive on the other. The square end is meant to slide over the heavy square Phillips screwdriver blade on your multi tool. Then snap the hex bit of your choice into the other end, and you’re ready to go.

What keeps the Bit Driver from falling off? The square hole has a gradual taper to it, and a gentle push wedges it onto the Phillips screwdriver securely. The instruction manual states that this Removable Bit Driver is an accessory for the Leatherman Kick , Fuse , and Blast . However, due to the tapered square hole, it also works on the Leatherman Juice series of tools, as well as (gasp!) all of the recent tools from Gerber with square Phillips screwdrivers. 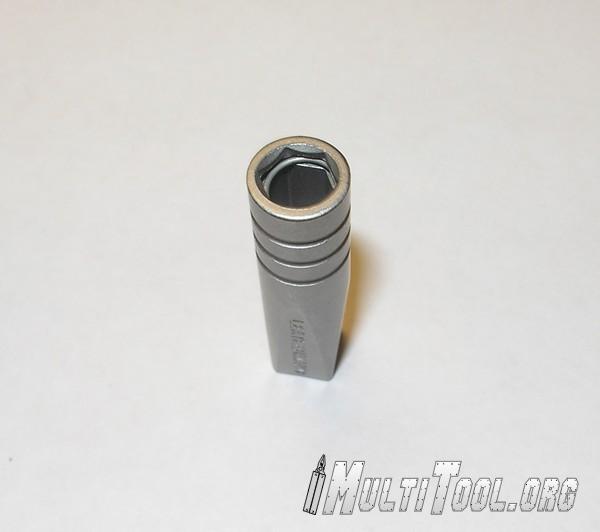 Even though the included bits are the flattened Leatherman style, the Bit Driver has a full 1/4” hexagon. Which is nice, because you can use standard bits from the hardware store. The flattened Leatherman bits work in the full hex (sort of) but they rattle around a lot and don’t feel very secure. Maybe it’s just me, but it felt like they would twist in the Driver if subject to a lot of torque.

The bit is secured in the Driver by means of a spring clip. I generally prefer magnetic 1/4” bit drivers and screwdrivers, but I guess then you wouldn’t be able to securely hold onto double-ended bits. I suppose, (sigh) there’s always a trade-off. 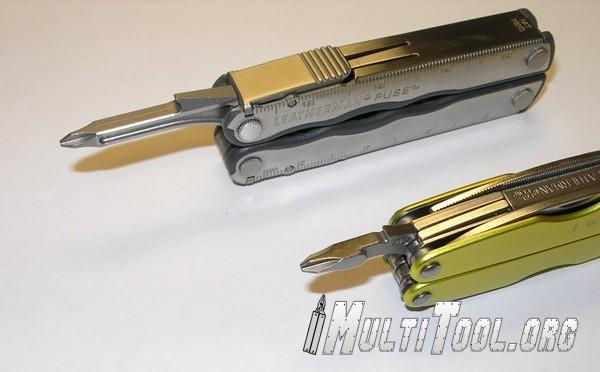 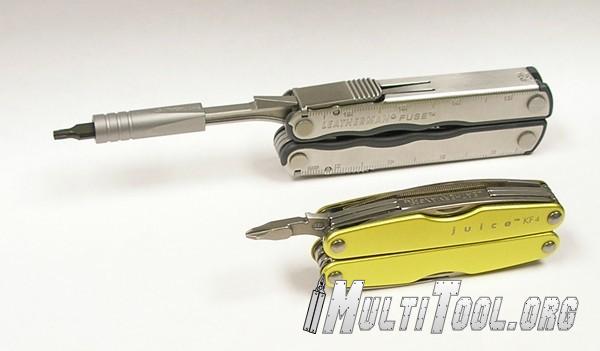 The Bit Driver and Bit Kit seem like somewhat of an overkill to carry around with a Juice series tool. However, snapped into its plastic carrier and slipped into the included sheath, it would make an unnoticed companion to your Kick, Fuse, or Blast. 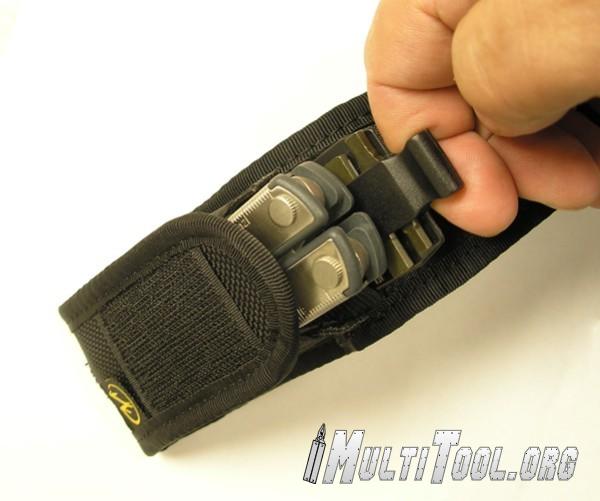 Speaking of the included sheath, it’s not bad as ballistic nylon goes. I generally prefer leather sheaths, but this one with its elastic side panels is meant to snugly fit three different multi tools with a wide range of thicknesses. The whole idea of including this sheath with the Removable Bit Driver kit is because it has a second compartment to house the plastic Bit Kit carrier. 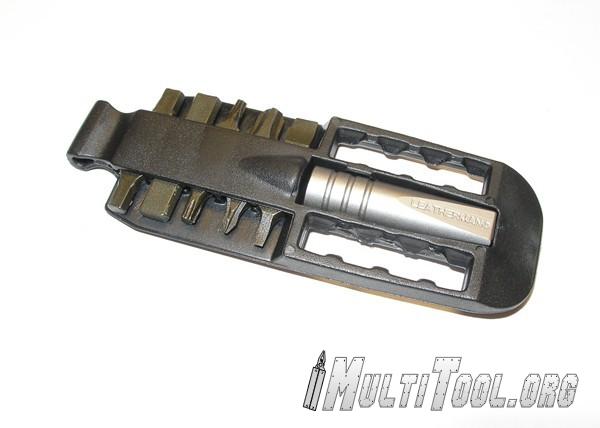 In conclusion, the Removable Bit Driver does provide its owner with the ability to drive a wide variety of fasteners that he was not able to previously deal with. All things considered however, the wrench or ratchet driver kit from Victorinox is a much more capable solution, and the package is not much larger.

More in this category: « Leatherman Fuse Review Leatherman Vista Review »
back to top
Interested in this or a different tool and still have more questions?
Why not join us over on the Multitool.org Forum where our community can help you find what you're looking for!