After Gerber’s sliding plier head patent expired, Leatherman decided to try their hand on this particular design, and their first offering is the OHT. It’s a large tool aimed at the tactical/EMT crowd. Leatherman doesn’t say what OHT stands for, but I’m guessing there probably is a One Hand somewhere. It comes with a MOLLE compatible sheath which will also work with belt.

Most parts of the tool are finished with black oxide coating, and handle scales come in either tan or black. Black oxide finish isn't particularly wear resistant, so expect the black to fade with use. The scales are painted stamped sheet metal, despite my initial impression of anodized aluminum. 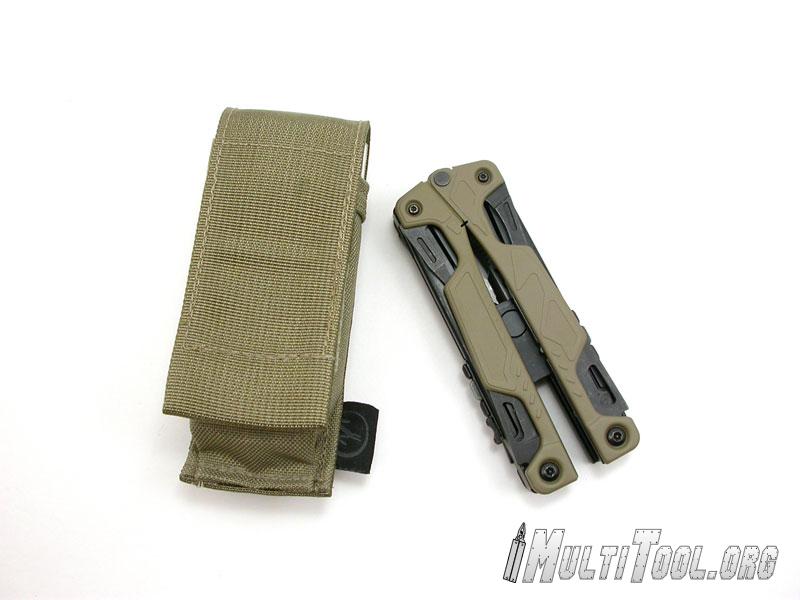 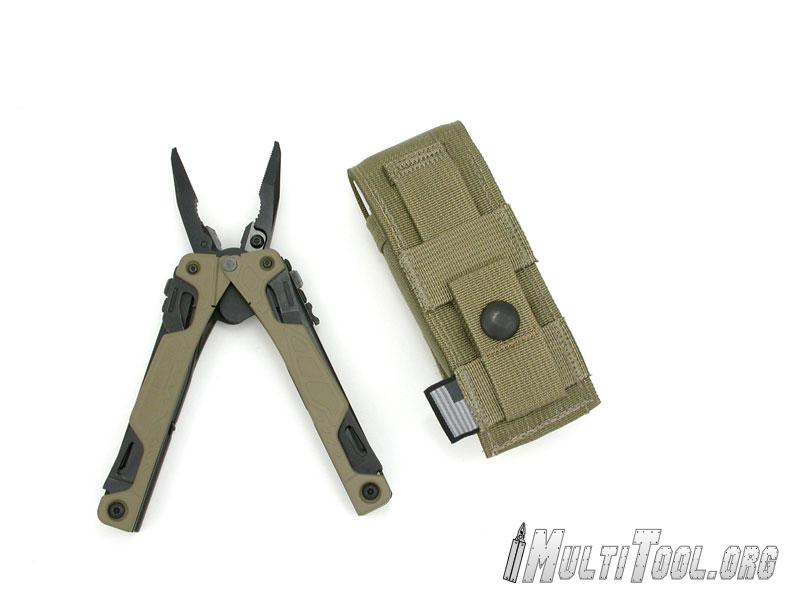 The pliers are well machined with sharp teeth, and a replaceable hard steel wire cutter inserts, which are also blackened. It’s spring loaded, which takes up a lot of space and preclude any inside tools. But then again, if there were any inside tools it wouldn't be called the OHT, wouldn't it. 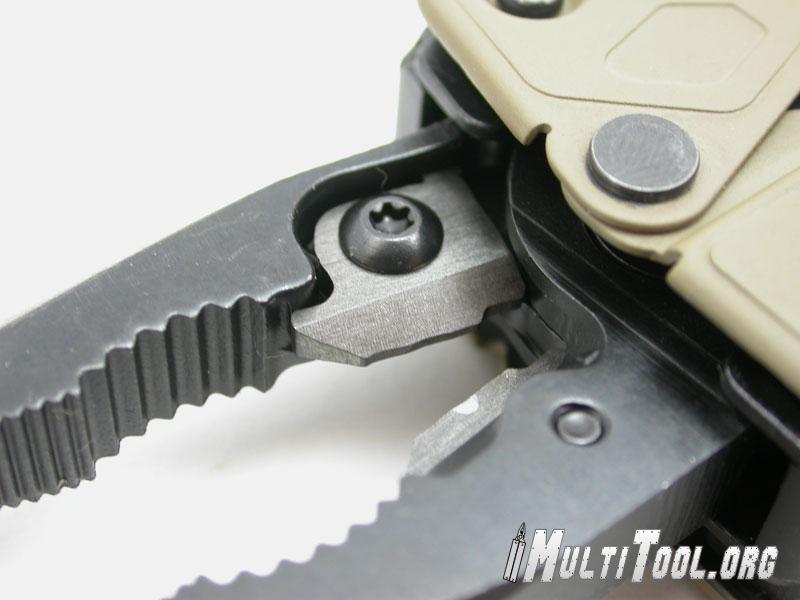 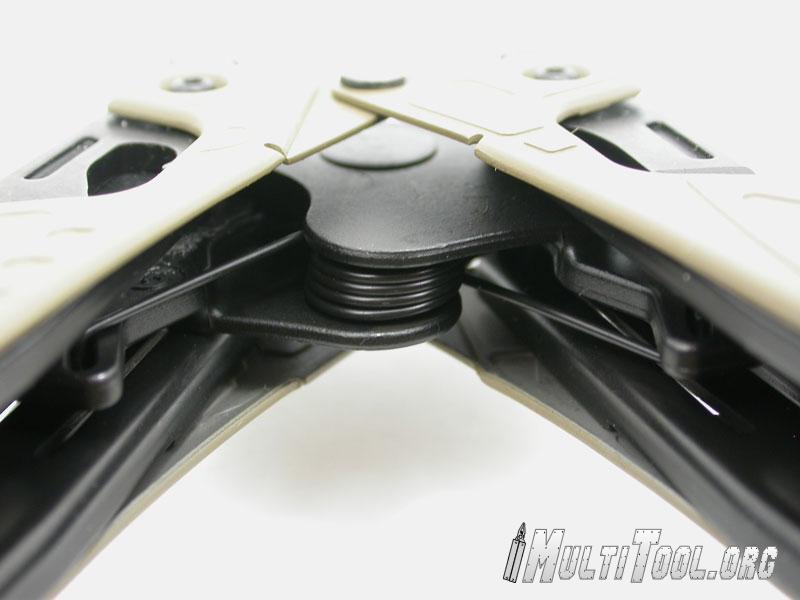 On one side of the slide is a lock, which if turned 90 degrees locks the pliers in closed position. It was a problem on Gerber pliers that come with open bottom sheath, which guaranteed to stick its head out to poke you by end of the day. With the MOLLE sheath it’s not a problem, but I guess Leatherman figured might as well make it more secure. On the other side of the slide is a threaded hole for attaching gun cleaning rods, which is only usable with pliers in, so perhaps it’s another reason for the lock. 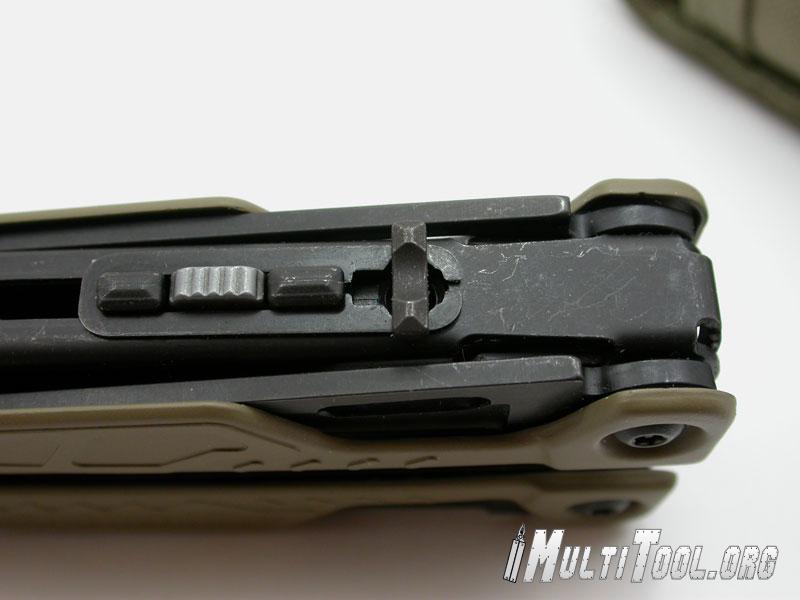 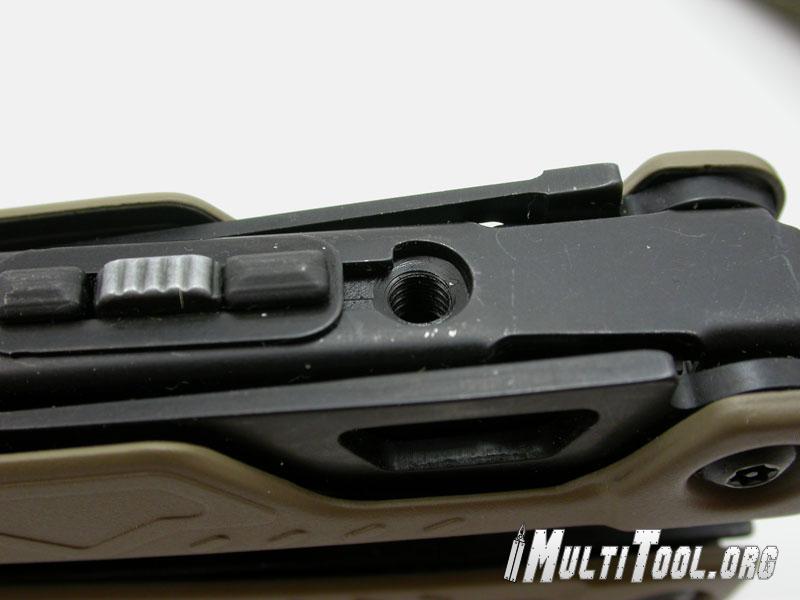 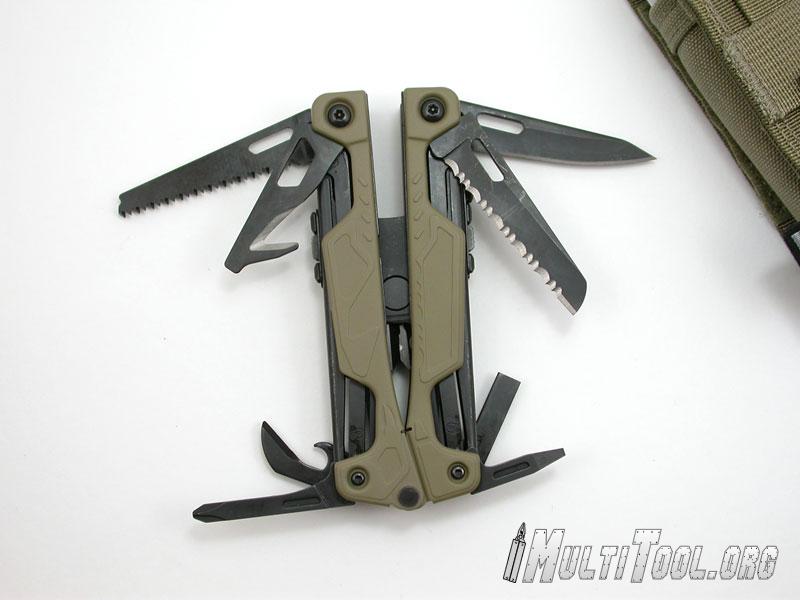 Also included are three sizes of flat head screwdrivers, a #2 Phillips driver, and a can/bottle opener. The flat head drivers works on any slotted screws, although I have to admit I really had to try to find them. Incidentally they also work well for light duty prying, which probably what most flat head screwdrivers are relegated to nowadays. The Phillips driver is the flat type, but thick enough to engage Phillips screws well, and to my surprise, also works on recessed screws. All tools are locked open via liner lock. 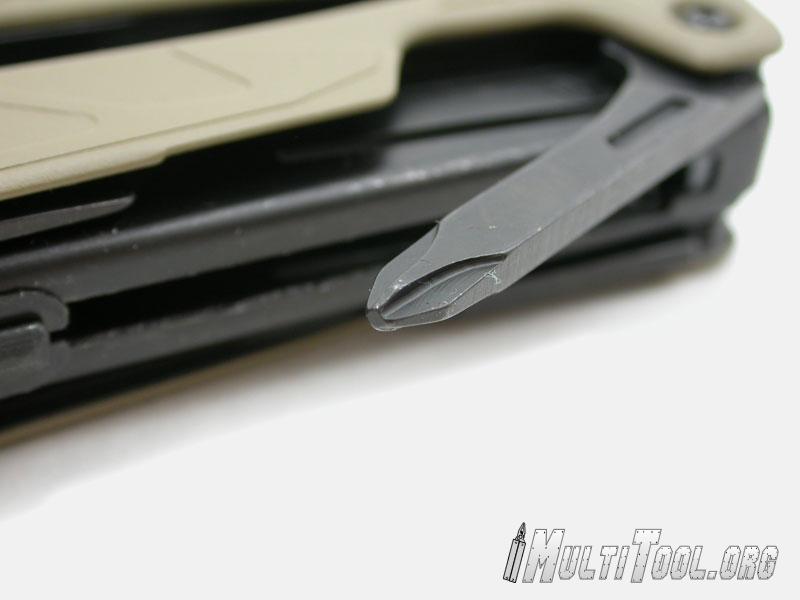 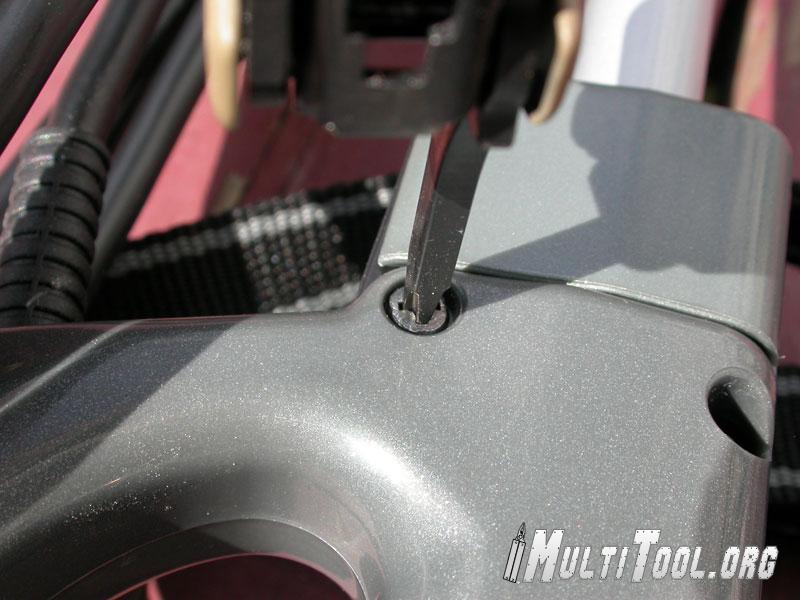 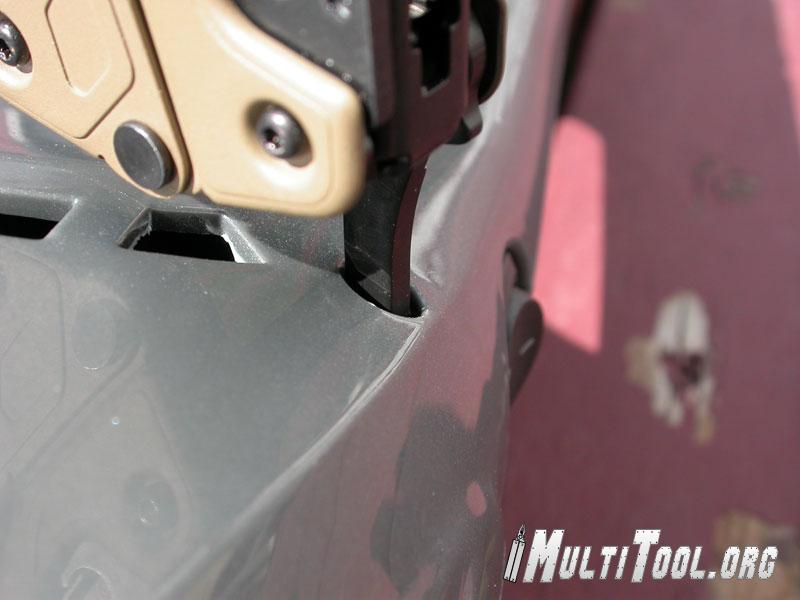 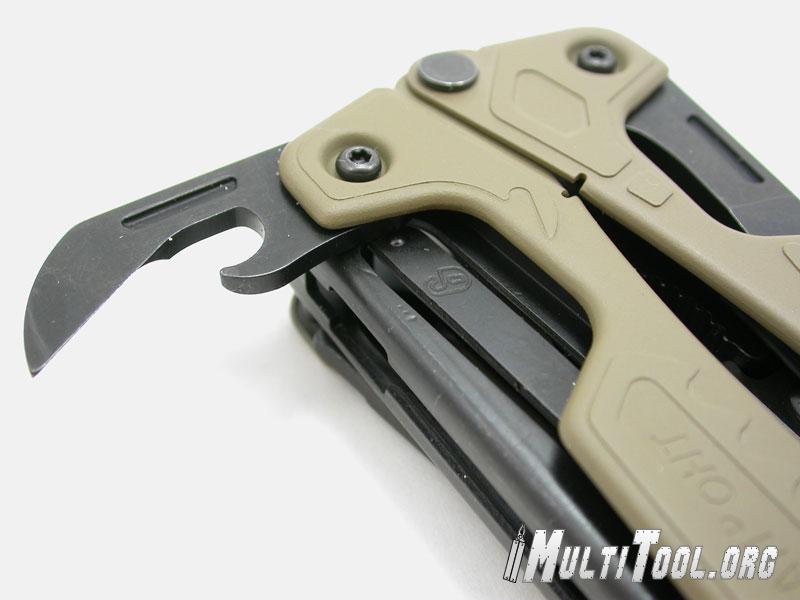 On the handle scale, pictograph indicating which tool is in which position is stamped in. A nice touch, although I would preferred additional tactile indicator, such as notches on back of blade ala Leatherman Wave. 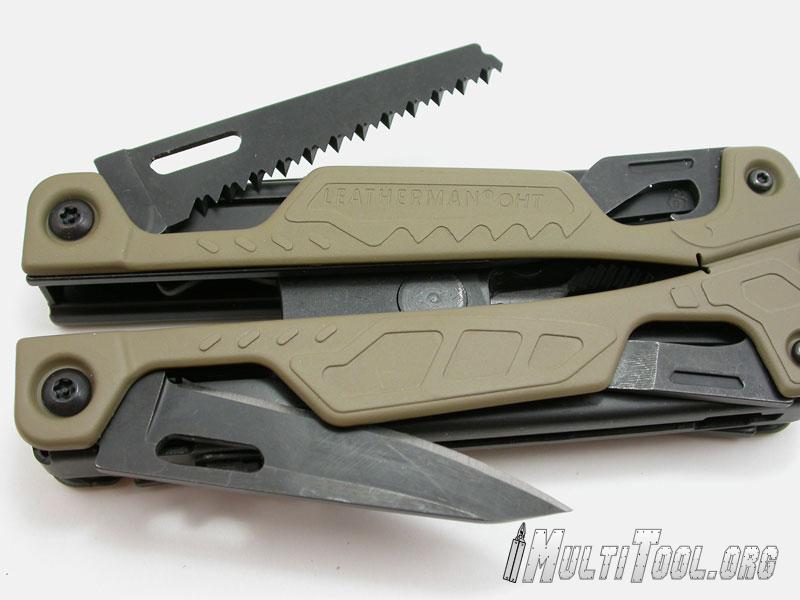 Due to the design which requires two tools to occupy the same slot, the large blades are all quite small. The two knife blades and saw are only 2 1/4 inches long.

Consider the tool is named after its design criteria, how is its one hand operating ability anyway? My usual testing for this is with my winter glove and ski glove.

The OHT passed my winter glove test with flying colors, I can easily open and close all its components. 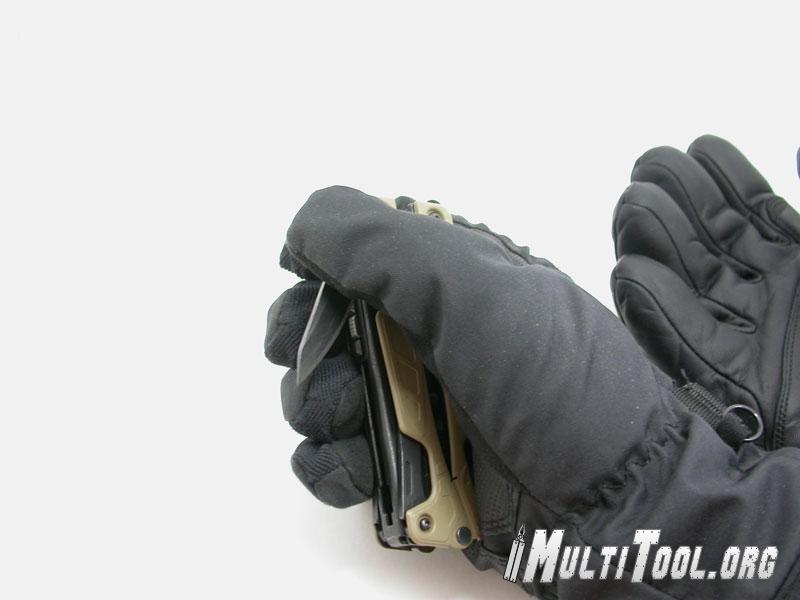 I can also open the tools with my ski gloves, but closing them proved to be quite difficult. There wasn't enough space for the thick insulation to fit, thus I couldn't get close enough to the liner locks to fully disengage them. Even with two hands it proved to be quite a challenge. But realistically, you probably won’t use gloves as heavy as ski gloves with any tool. 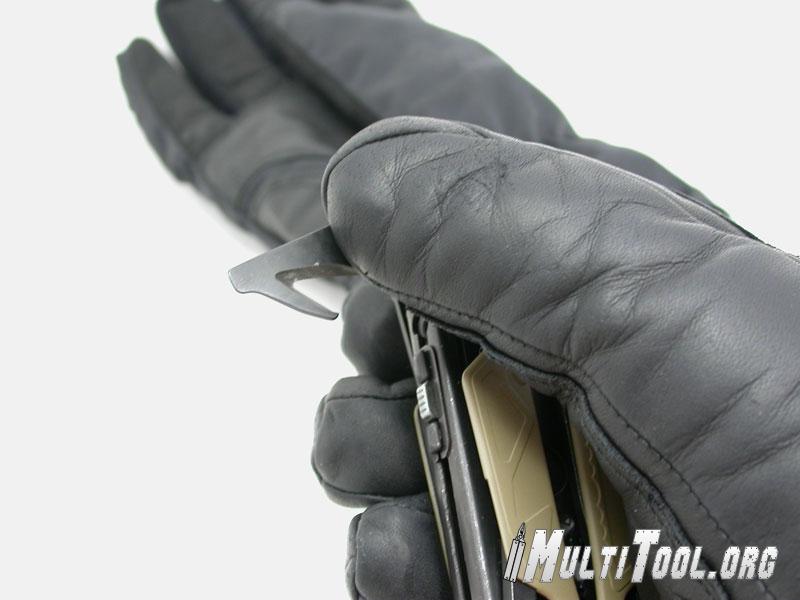 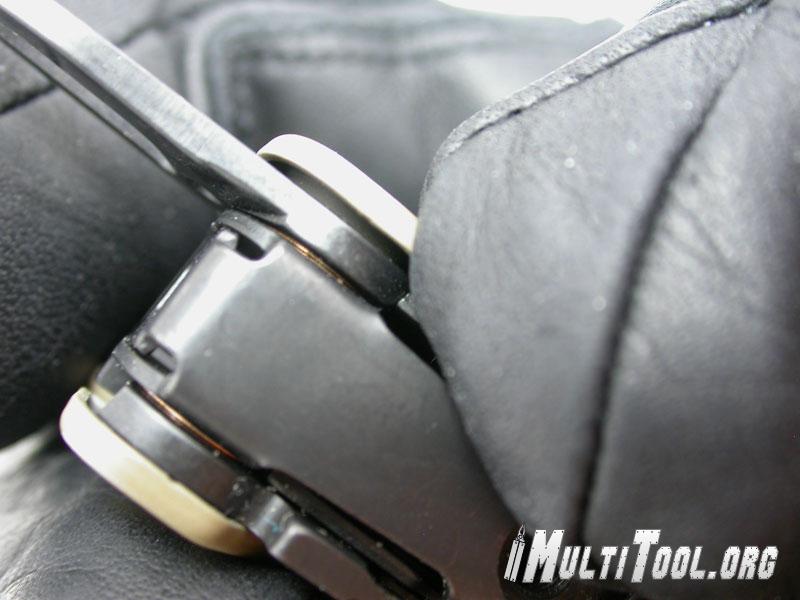 The aforementioned short tools can be a problem at times, especially the saw. Going through thinner pieces it’s not much of a problem, but I would say 3/4 inch is the max it can handle comfortably. Larger piece can be cut, but it’s frustrating especially on greenwood, which clogs the teeth quickly. 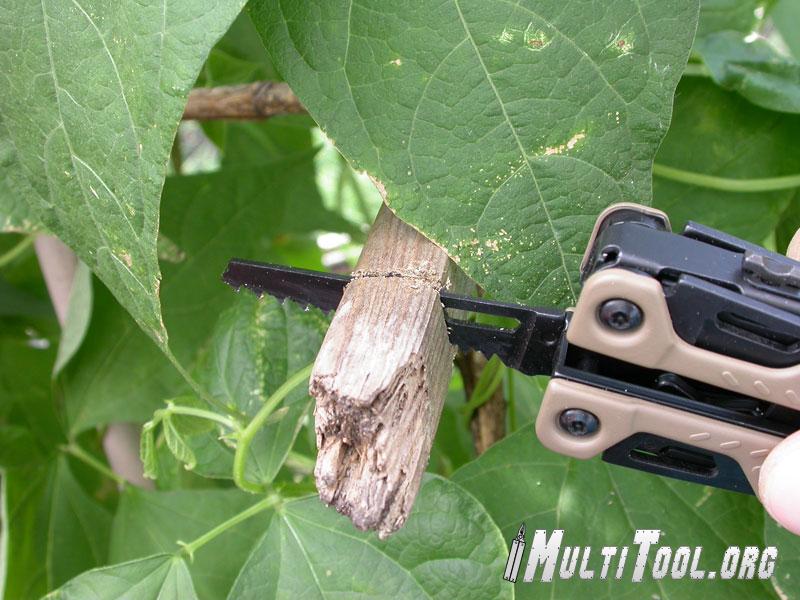 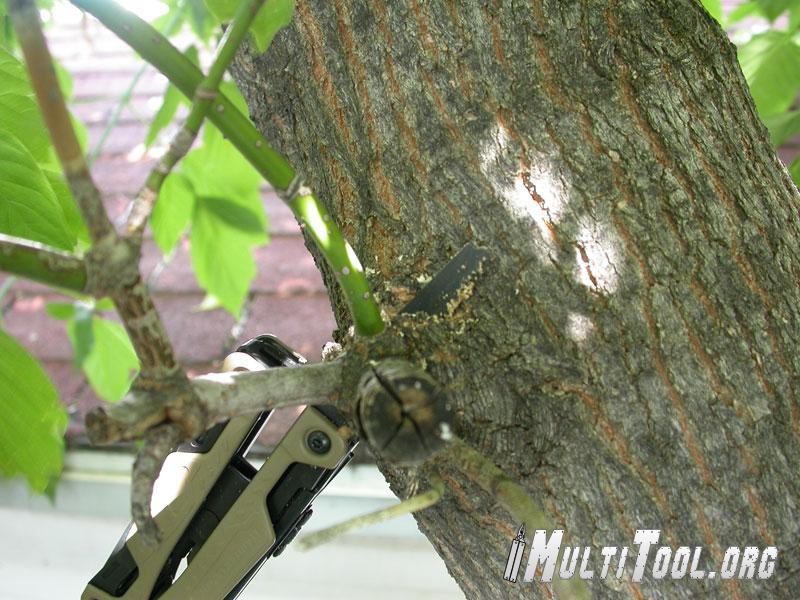 So how well does the OHT work? I'm no operator or EMT and I don't play one on TV, so I won’t speculate how it’ll work for those folks. From a layman's point of view, while it’s functional, there are better alternatives. You have to consider that you are essentially getting Juice’s tools in Surge’s frame, is it worth "one hand everything?" Personally I don't think so, but if you gotta have a cold one while fighting hoards of zombie with your other hand, it's the tool for you. 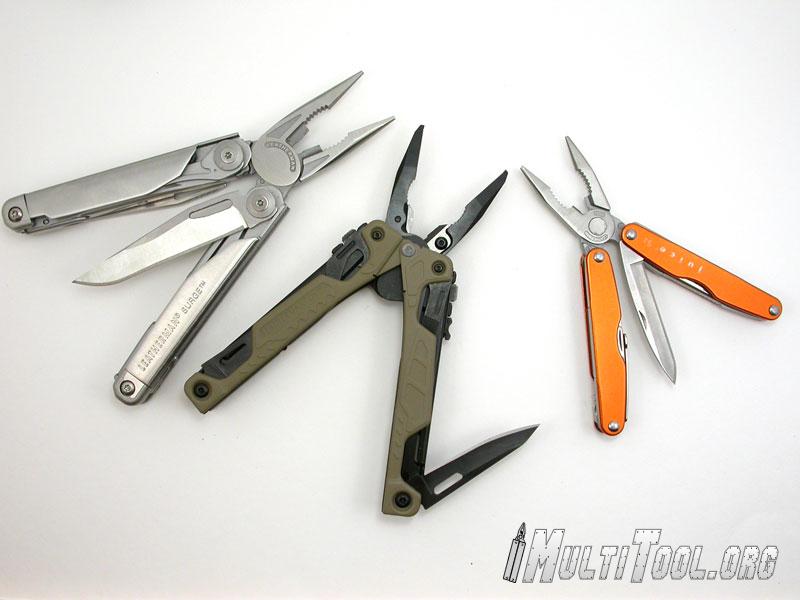 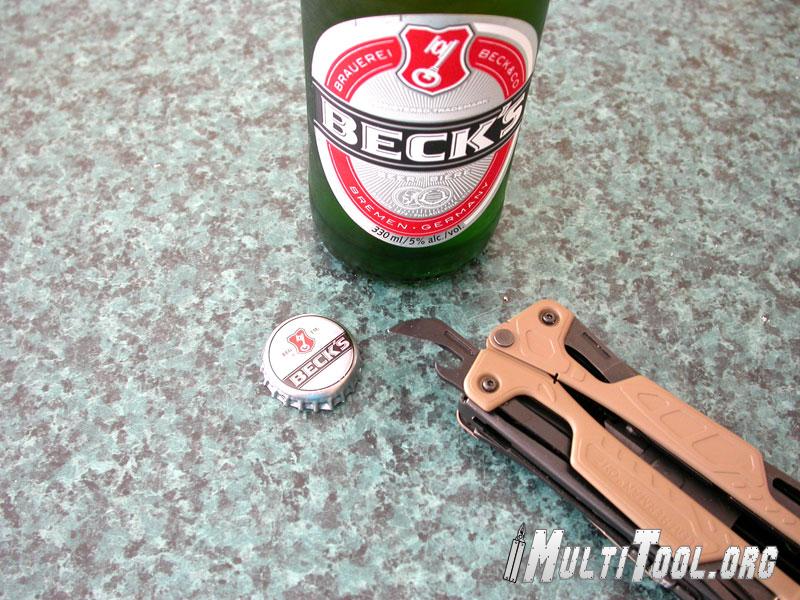 More in this category: « Leatherman Wingman and Sidekick Review Leatherman Tread »
back to top
Interested in this or a different tool and still have more questions?
Why not join us over on the Multitool.org Forum where our community can help you find what you're looking for!