Leatherman’s Crunch is a unique model that really has no peers in the multitool industry. Certainly there are a few locking plier tools out there such as the Schrade ST6 and the discontinued Kershaw locking plier tool, but each of those tools is clunky due to the permanently fixed head. The Crunch’s greatest strength is the folding head that allows it to fold into the size of a regular full sized multitool like the PST series , Wave or SwissTool Spirit . 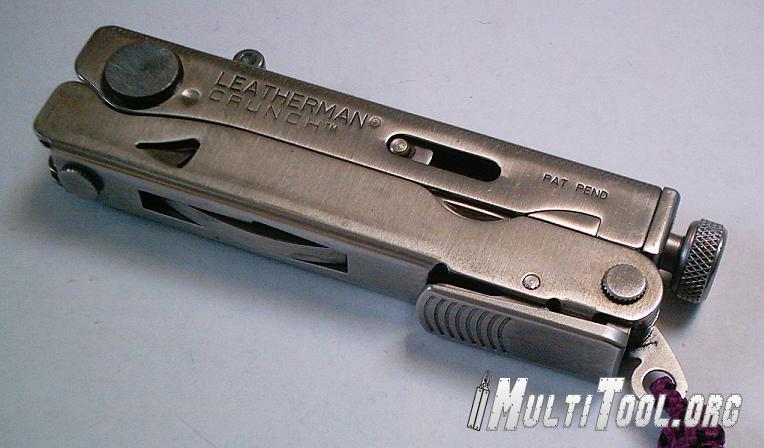 All one has to do is handle the Crunch once to appreciate the ingenuity in it’s design. Often times a design has to compromise something in order to fulfill it’s niche design, but the Crunch is one of those rare occasions where very little is sacrificed. The Crunch’s locking pliers feels just as solid as a set of dedicated locking pliers, and despite it’s apparent intricate opening, it can actually be accomplished one handed with a small amount of practice! Once I started “flipping” it open and closed I quickly found that it became quite addictive. Don't believe me? Watch the VIDEO !

Adding to the effectiveness of the Crunch is a decent set of tools. Due to the plier locking mechanism, the implements are restricted to one handle. For a tool that has half the normal number of implements, the Crunch has a decent selection of tools, and a few well thought out add-ons. Folded inside the Crunch handle is a small file with integrated flathead screwdriver, small flathead screwdriver with integrated cap lifter, phillips head driver, medium flathead and a small sheep’s foot serrated blade. The designers in this case seemed to put a little more effort into making this tool as effective as possible. The “doubling up” of some tools shows a great stride towards offering as many functions in a small package, and I wish it was a trend that continued more in Leatherman designs. In addition to the folding implements, (all of which lock by the way, another bonus) the Crunch has another few hidden features that could prove very handy. There is a notch cut into the pivot arm that can be used as a wire stripper, and the adjustment screw can be removed to allow access to a hex shaped hole designed to accept standard hex shanked screwdriver bits. 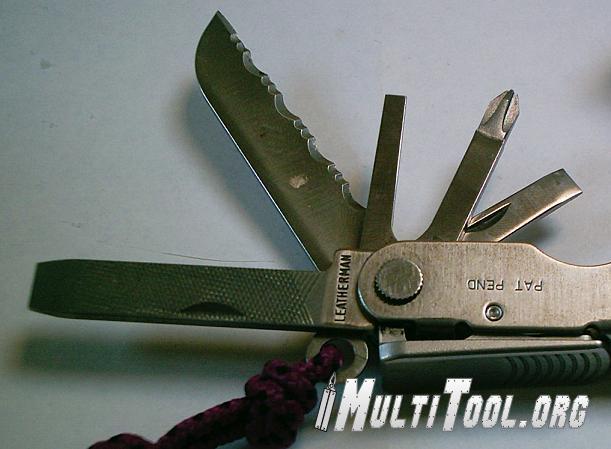 Of course, as great as the Crunch is from a design standpoint, it does have it’s drawbacks as well. When folded, there is a “lump” sticking out. This lump actually serves to secure the plier head in the open position, but when folded is unfortunately too large to fit inside the handles.

The design of the locking plier head may be ingenious but is unfortunately not as versatile, which makes the Crunch a more specialized tool than the standard type designed multitool. This can be a serious drawback if your definition of a multitool includes being ready for anything. However, if you find yourself needing locking pliers often enough, then this is the tool for you.

The Crunch also features a folding lanyard ring, which isn’t a huge plus in my books, but I guess some folks like it or else it wouldn’t be on so many different models.

All in all, I can’t endorse this as a great all round tool simply because of the afore mentioned specialization of the locking pliers. However, if the idea of locking pliers is of interest to you, or you find yourself in need of locking pliers fairly often, then I think you would be hard pressed to find a better tool than this one. Leatherman’s attention to detail is especially apparent in this model, and it can be had relatively inexpensively new or used. For a collector, it should be considered a required model as it is not only the most effective locking plier multi, but also the most successful. 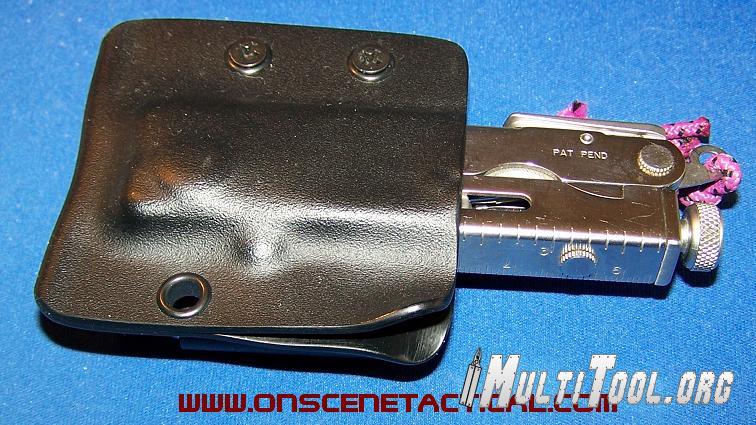 Regrettably I can’t comment on the included sheath as I purchased my Crunch second hand and without a sheath. Enter Eric at On Scene Tactical and you will see that my Crunch is perhaps one of the best dressed Leathermans out there.

More in this category: « Leatherman Juice XE6 Review Leatherman Core Review »
back to top
Interested in this or a different tool and still have more questions?
Why not join us over on the Multitool.org Forum where our community can help you find what you're looking for!