It seems lately that most manufacturers are trying to make the biggest tool because that equates to the heaviest duty and the best bang for the buck. Well, the Core is the replacement to Leatherman’s Super Tool and Super Tool 200 , and the predecessor to Leathermans other big boy, the Surge .

As many of you know I have been trying to get my hands on a Core for some time now. Well, thanks to a generous member, I finally have one. I have to say that one thing stands out with this tool more than anything else- it’s inability to stand out. In an industry where every tool has to have a gimmick or raison d’etre the Core is quite simply just a tool. It doesn’t have one handed opening, it doesn’t have a fancy add on bit set, it doesn’t have contoured, ergonomic grips padded with gel inserts, it doesn’t have spring loaded pliers or satellite navigation. It is what a tool should be. Functional, solid, and reasonably well equipped. Some of those other options are nice, but a tool is something to be used, not something to show to anyone who will listen as you tell them all the features it has but you’ve never used. This is a good idea.

The Core has the new style Leatherman plier head which is supposed to add strength to the pliers and reinforce them against accidental breakage. I’ll have to take their word for it as I have personally never broken a set of quality pliers, but it does certainly look stronger and for what it’s worth, is also more aesthetically pleasing.

Nestled in one handle is a wood saw, can opener, phillips head driver, flathead driver and a serrated sheeps foot blade that looks like you could perform open heart surgery on Godzilla with. On the other side, a nice metal saw/file, battleship sized awl similar to the Surge’s, two more flatheads and a clip pointed main blade of impressive length. Also, in this handle is the folding lanyard ring, which is one of those things I just don’t understand. Why would you want a folding lanyard ring when a simple cleat on the outside would be just as good, take up little to no space... well you’ve probably heard that rant before. By the same token, I am not all that fond of three separate flatheads either, but again, that’s another tired song.

The drivers may not be diverse, but they are fairly unique in the multitool world due to their longshanks. Most of them are long enough to get at recessed screws that would leave other multitool owners scratching their heads. The phillips head has the most reach at about 6cm (2.5 inches) which dwarfs any other permanently mounted phillips on any other multitool.

The wood saw is a great addition as well, and is long enough to do a good job. Some multitool saws are great in a pinch, but really are too short to really be effective, which is definitely not the case here. The metal saw on the other hand is a different story entirely. While it is long enough, and certainly no worse than any other of it’s type, I still cannot fathom when Leatherman bothers with anything other than the diamond file, which is far superior than anything else on the market. I believe that every file equipped Leatherman should have the diamond file. Actually, I think Leatherman should manufacture enough of these diamond files to supply to other manufacturers as well for inclusion on their tools. Anything less from Leatherman is just a disappointment.

The blades are also worth mentioning. I like the nice, long blade but the clip point is fairly standard. What really impressed me was the serrated, squared off sheepsfoot blade. This blade is fantastic and is just the right size for almost everything. I really like the design of this blade and I hope to see more of it in the future. 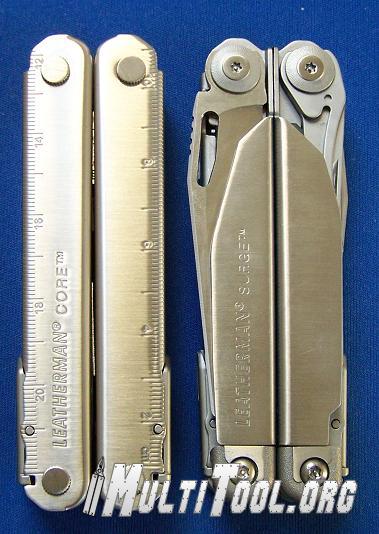 Overall, this is a great tool. It has plastic inserts in the handle like the Blast, Fuse and Kick but without the molded grips. The jury is still out on how long the plastic will last, or whether it’s as good as steel on steel, but with Leatherman’s standard 25 year warranty on it (as with the others) I am not too worried about it. Another bonus is that all the implements lock open, which is something that virtually all tools should do in the current day and age. The era of slip jointed tools is long gone, and I for one am happy to see it go. The Core still suffers from a very mild case of tool clumping, but it’s so insignificant as to barely rate mentioning. 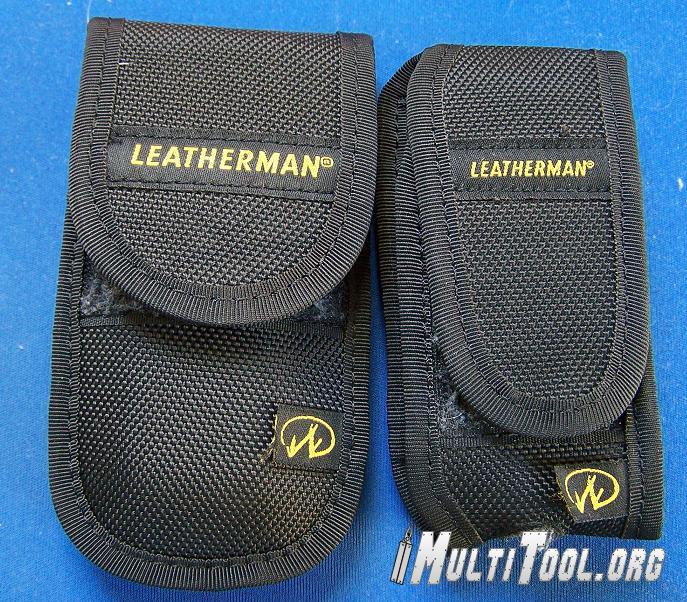 The sheath is another matter entirely. I got the pancake style ballistic nylon sheath with mine which features extra belt loops so it can be worn horizontally or vertically. While I do like that feature, I am not impressed with the rest of it. The sheath is perhaps the largest and bulkiest sheath on any multitool I own, including the Surge and AutoTool. Even the Wenger SwissGrip ’s sheath isn’t quite as large and bulky as this one, and the SwissGrip is a larger tool and has a bit set and adaptor in it! I am seriously considering purchasing a Surge type sheath from Leatherman or having a smaller PST style squared sheath made for it because of this.

All in all, this is a good choice for those who need a large tool and don’t care for or need any bells and whistles.

More in this category: « Leatherman Crunch Review Leatherman Universal Tool Adapter Review »
back to top
Interested in this or a different tool and still have more questions?
Why not join us over on the Multitool.org Forum where our community can help you find what you're looking for!