This is it- the Grande Finale!  Before you read this, make sure you have read through all of the others to ensure that you are totally up to date! 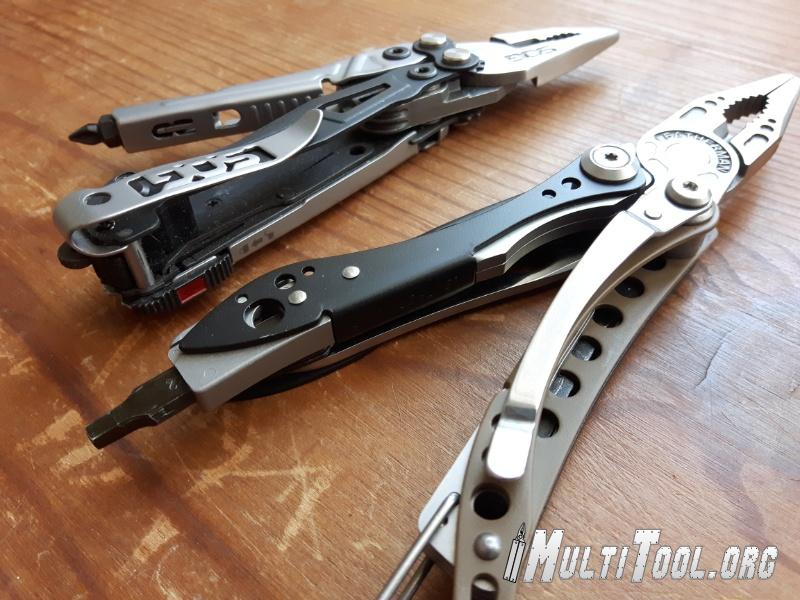 This one is also immediately apparent as soon as you handle each one- The Leatherman Skeletool just feels nicer in the hand, and each of it’s functions is crisp and locks into place.  There’s nothing wrong with the SOG per se, it just doesn’t seem to feel as solid.

When you fold the Skeletool blade out you feel a healthy bit of resistance- it’s smooth, but you know it’s not going to fall out accidentally, and then when the liner lock snaps into place it feels like a bank vault door closing.  The relatively deep click you heard when it does fills you with confidence that this tool is going to be as strong as you need it and won’t give in easily.

By comparison, although the blade setup is much different, the Reactor’s blade flings open like a kid tossing his backpack on the couch when coming in the house after school, and the liner lock is more of a pop than a click.  Not a bad thing in its own right, but it just doesn’t give you that confident feeling that you get from the Skeletool.

Going a bit further, at some points it seems like someone spent more time crafting the Skeletool, with it’s sweeping lines and many interlocking parts, while the Reactor feels like someone was just trying to put the most used functions together to get something made.  There’s nothing wrong with that mentality, and in fact I prefer a feature rich and functional tool over one that sacrifices function for the sake of looks, but the Skeletool hasn’t really sacrificed much for the way it looks. 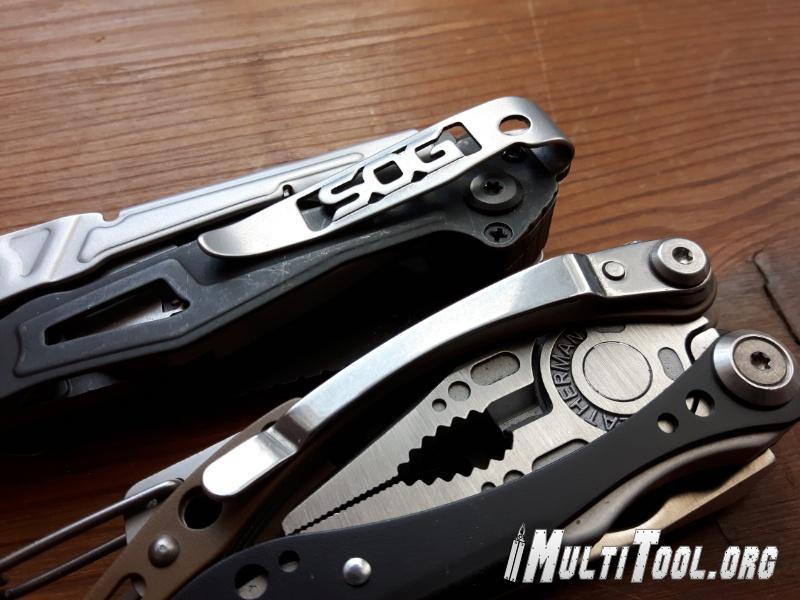 The screwdrivers are a great example of this- the way the screwdriver end folds neatly inside the split end of the carabiner (unless you are using the flat bit!) and the spare bit tucks neatly into an otherwise unused spot on the frame, while the bit on the Reactor just sort of fits into a spare end because it can’t stay in the bit driver when not in use.  The attention to detail shows that the Skeletool designer Glenn Klecker really put some effort into it.

In my opinion, the Skeletool design does qualify as art, because Leatherman continues to use that concept with the MUT, Signal and other tools, and yet they just don’t have the same appeal as the Skeletool, kind of like if someone stuck a bag of Ruffles in the hands of the Mona Lisa.

What all this means is that Leatherman has gotten this last point, and once again a shootout has resulted in a tie.  It’s a bit of a shock to me as well, as once again my personal bias has been well established, but in the end each one has its strengths and weaknesses, and, as with any multitool, has its compromises.  In the end though I have to say that I just don’t think you can go wrong with either of these tools.  Yes, the Skeletool is higher quality, but the Reactor has massive pliers, well able to tackle big jobs despite being in a smaller package. 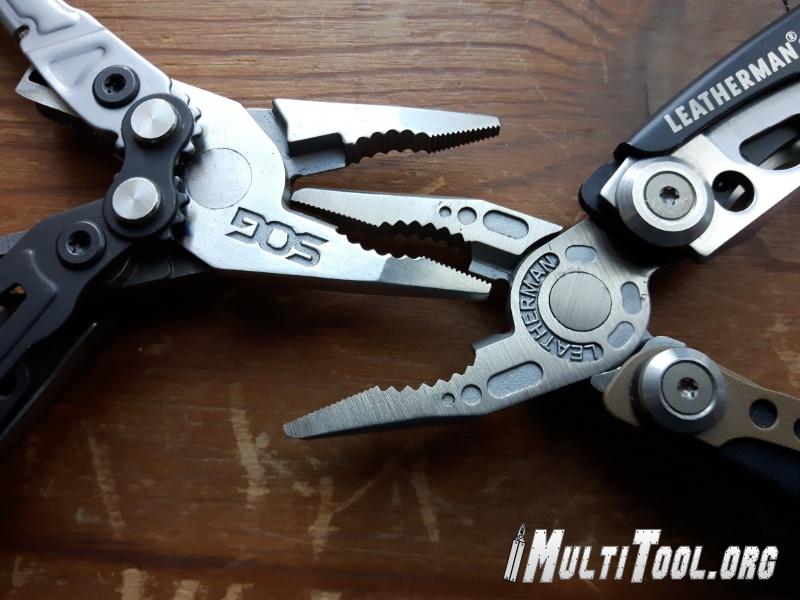 In an ultra secret memo that I may be “sanctioned” for spilling, SOG has recognized the quality issues that have been plaguing them lately and have informed me that they are making an increase in quality a huge priority.  This is great news for any SOG enthusiast, and I am looking forward to seeing what the result is.  Maybe I’ll revisit this in a year or so, with a new Skeletool and a new Reactor and find out for ourselves!

Congratulations to both tools, and both companies- you have both made a fine tool, and, in the end, isn’t that really what everyone here really wants out of an every day carry multitool?

Email me at This email address is being protected from spambots. You need JavaScript enabled to view it. or catch me on the forum if you have any questions, comments or thoughts you'd like to share.

More in this category: « SOG Vs Leatherman Part 6 Friendly Skies? Nope. »
back to top
Interested in this or a different tool and still have more questions?
Why not join us over on the Multitool.org Forum where our community can help you find what you're looking for!